Squid Game Has So Much CGI It's Almost Shocking 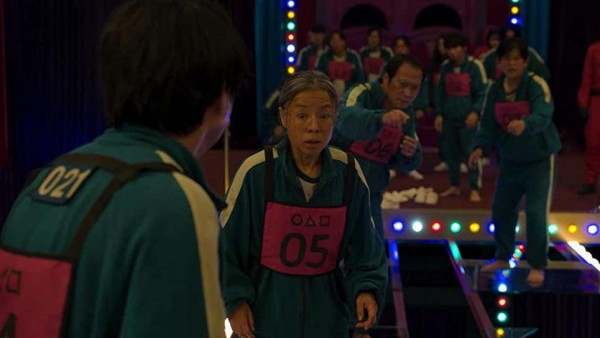 One of the many, many things that makes Netflix blockbuster hit Squid Game so engaging is how real it feels. It’s a little fantastic, for sure, but the big idea that people can get so desperate in their lives they’re willing to do anything for money always rings true. Plus, these people aren’t competing in some sort of sci-fi Running Man-Hunger Games type of competition with all sorts of impossible stuff. They’re competing in simple, understandable kids’ games. Games that, as a viewer, you either immediately remember playing, or can instantly imagine how you’d play, because the rules are so simple.

Far less simple, however, was bringing these games to the screen. A video posted by Hyungrok Kim, a CG supervisor on the show from Gulliver Studios, shows just how much CGI was used to bring the show to life. And while some of it is pretty obvious, other moments are likely to leave your jaw on the floor. Check it out.

Now, OK, obviously the glass-tile game wasn’t 100% real. Same for the rat in the tunnel and the huge room in which the players played tug of war. But I was kind of shocked just how much set extension went into the pastel staircases and the “red light, green light” areas. Also, while you obviously knew all that money wasn’t real, it’s a little bit of shock that the entire globe was fake too. Overall, the CG was really beautifully integrated into the show to take this simple, strong, undeniably captivating idea and present it in a much more epic way. And, really, that’s when CGI is at its best: when you can’t tell what’s real and what isn’t.

If for some reason you’re like me and didn’t immediately get sucked up in the Squid Game hype train, well, why are you still reading? Hop on Netflix and do that now. Once I started, I finished the entire series in 24 hours. It’s absolutely fantastic.